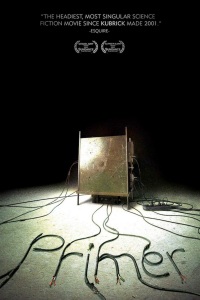 Extremely obscure, complex, and compacted. Primer is an enlightening, thought-provoking thriller about the wonders of time travel and the inevitable consequences that accompany it. Managing to stick it out till the end shouldn’t be an issue considering its relatively short running time. However, don’t get too down on yourself if you can’t make it through half of the film. Considering Primer’s intricate, easily confusing, and dense story. It would be miraculous if one could watch unfazed and without being overwhelmed, let alone understanding the plot in a single go-around. Regardless of how discombobulating Primer is. Director and Writer Shane Carruth authentically portrays discovery for what it usually is: accidental, stupefying, and utterly uncontrollable. Remaining grounded and vulnerable while earning an individuality deprived of any commonality with other sci-fi flicks. Primer is an underrated gem and unlike its characters, will never be duplicated.

During their free time, four men work in a suburban garage building and selling products to pay for their side-projects. When Aaron (Carruth) and Abe (David Sullivan) stumble upon something that they cannot explain. They begin a series of tests and start building new, bigger prototypes. Once they are finally able to comprehend what is happening, their tests become more elaborate and the results, astounding. Soon, everything they once knew is discredited and their friendship begins to falter.

Although Primer’s budget was limited and coincidentally so were the visual options available to its creators…granted, the cast and crew did the best with what they had available to them and what they conjured up is a beautiful and unforgettable journey. Yet, one can’t help but feel that the story and film in general could have benefited from a bit more showmanship. Not to make it easier on the eyes, more so, on the brain. If the viewer could decipher between characters and timelines more simply, Primer’s complexity wouldn’t be so unfathomable. Nonetheless, Primer is an astounding cinematic achievement and goes to show that you don’t need a big budget or high-profile actors to spawn something of merit. Carruth and company have created something truly unique using their intelligence and drive, something that is missing from the majority of cinema today. 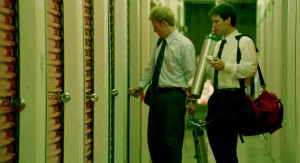 Carruth’s ideals really test the extent of our understanding and morality regarding tremendous gifts like intelligence and discovery. While his characters might not always make the best choices. The beauty of Primer is that it’s easy for the viewer to insert themselves in the predicament and make decisions based upon their own personal motivations and values.

The emotional variety, or lack there of, illustrated by Primer’s cast may leave a lot to the viewers imagination. It can be argued that it is primarily due to the numerous clones and timelines. Regardless, Carruth’s ingenious, elaborate, and brilliant story more than makes up for Primer’s seemingly dehumanized cast and visual repetitiveness. Make no mistake, Primer isn’t here to look pretty, you’re here to let its ingenuity and intellect broaden and relentlessly stretch your mind.

Primer: 8 out of 10. (Honestly, as my understanding of the film progresses, the rating may alter. I still need at least a couple of more viewings to fully comprehend Primer).